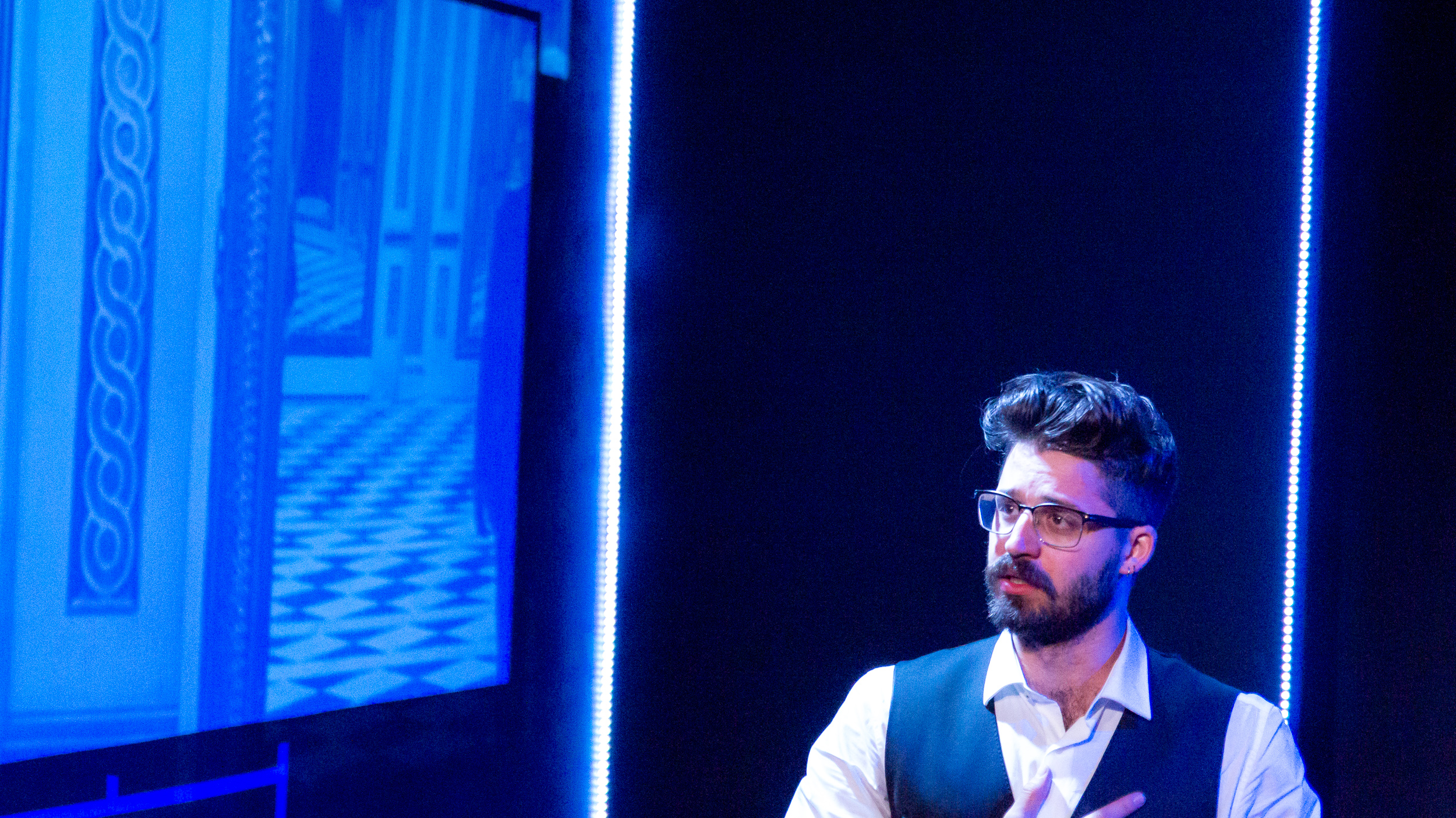 Performing at Hollywood’s New American Theatre is BAD HAMLET, a unique and interactive look upon a four-hundred-plus-year-old work, set for the new post-modern millennium.

The work itself is Hamlet, Willie Shakespeare’s stage piece about the king of Denmark, (back in the day when it was an emerging nation rather than a country linked to contemporary furniture design). Here, through the use of shorter episodes told with duo scenarios, monologues, and various interpretations with the aid of multimedia applications bearing a significance, the tale (or myth) of Hamlet is exposed. Granted, Hamlet himself, along with his entourage, never really existed by personalty. (If they did, they are all dead, far forgotten, and their likeness long fell into the public domain!) But this single-act new work, based upon the legend of the bad quarto — a supposedly early draft of this play was taken upon and recreated by one of the original cast members when this play was first presented back around the turn of the 17th century — is finally exposed long after its fact!

This presentation, devised by the ensemble cast and directed by Rob Adler, is a program that isn’t linear in any traditional sense. It’s a reemergence to a classic piece of theater, set within an interpretation upon the ins and out of the characters, settings, and the outcome through the reasons behind how things got rotten in the nation. In short, it’s another method of making The Bard’s work — or those credited to The Bard anyway — a whole lot less painful (assuming it’s indeed painful to begin with)!

Billed as “bootlegged by William Shakespeare and the people of Los Angeles,” BAD HAMLET isn’t “bad” in any way. In fact, it’s quite appealing! It won’t be a spoiler alert to inform those that have yet to experience this new method of stage storytelling that everyone meets their match, since the original source as extracted is some multiple centuries old, but that is what occurs. Call it ‘Shakespeare for a new generation.’

For more information and for ticket reservations, visit online at https://coinandghost.org/BadHam