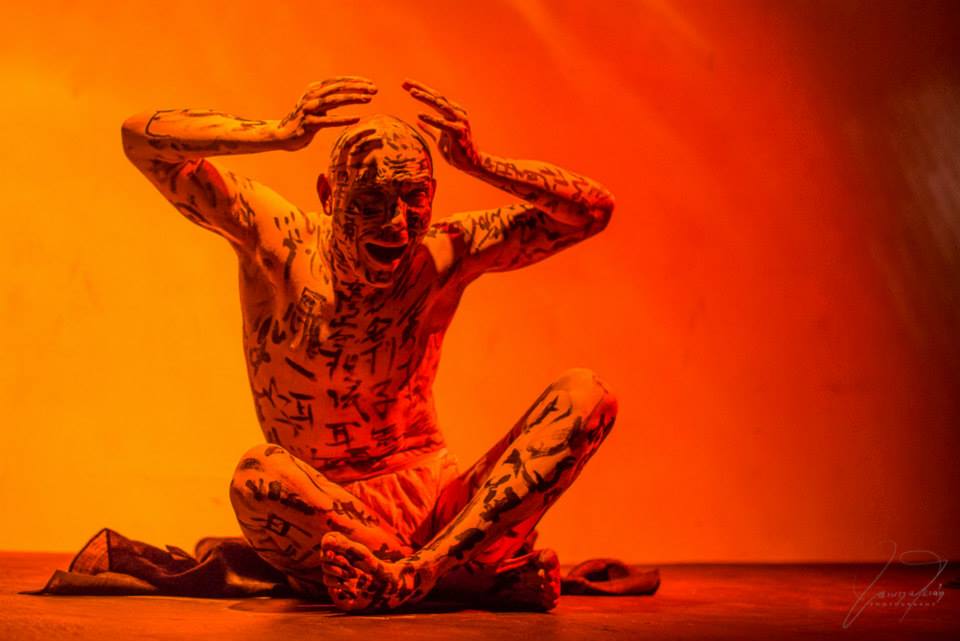 In this workshop, participants are guided on a journey of spiritual alchemy using the techniques of Butoh dance. Incorporating key exercises from multiple schools of the form, Jordan also draws on shamanic ritual, energetic anatomy, yogic philosophy and physical theatre to create a safe and open space for healing, deep personal transformation, and the revelation of tacit knowledge hidden within the darkness of our bodies. Performers and non-performers alike will use movement as a pre-text for deep self-investigation and gain an embodied understanding of the nature of our bodies as both objects and stories.

This workshop is appropriate for performers and non-performers, people of all ages and abilities.

Benefits of the work include:
-Endurance
-Physical awareness, mobility and strength
-Mental fortitude
-Expanded creativity and access to the creative power of the subconscious
-Reference points for non-hierarchical interpersonal resonance

Ankoku Butoh (dance of darkness) is a style of dance and philosophy of creating total theatre originating from Japan in the mid twentieth century. Often marked by grotesque imagery and taboo themes, the main aim of the work is to reveal tacit knowledge hidden in the body, and to promote self-realization through discovery of your most authentic movement. Butoh training promotes physical endurance and expressiveness, spiritual consciousness, and creativity.