Staged as an immersive performance event, THE SEVEN SINS CARNIVAL served as the company’s official launch party in the Summer of 2017.

Featuring over half-a-dozen pop-up performances of different styles (scene/monologue, musical number, burlesque, digital performance) from a number of different mythologies (including Shakespeare, Greek, Jane Austen, and Cult Classic Films) , the Carnival was a multimedia feast, and the perfect way to start the summer — by cultivating one’s vices. 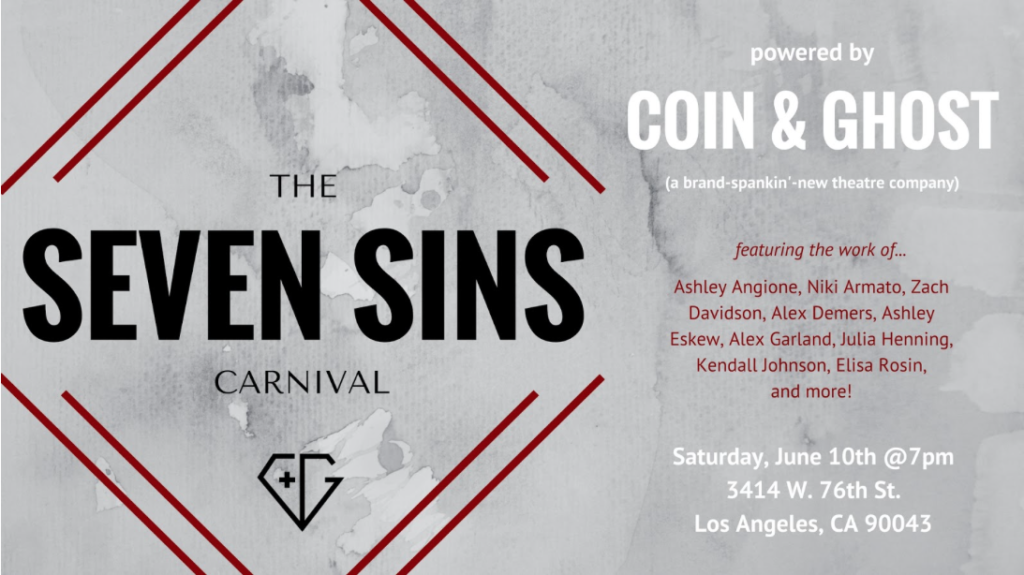